Cameroon’s Dja faunal reserve is listed as a UNESCO world heritage site. It is home to a spectacular array of species, over 100 species of mammals among them. But overhunting, lack of adequate protection and conservation awareness place this important biodiversity hotspot in danger. S.P.E.C.I.E.S., is launching a project to reduce the poaching and trade of the African golden cat and three pangolin species, two of the species most at risk in the Dja reserve.

The African golden cat (Caracal aurata) is subject to superstition by tribal peoples in southern Cameroon. Pygmy tribes carry golden cat tails with them on hunts as a lucky token and their skin is used in circumcision rituals. Hunting for the golden cat is banned across 12 of its range countries, with Cameroon being an exception.

Pangolins have recently come to be the unfortunate face of the illegal wildlife trade. They are the most trafficked animals in the world and around one million are thought to have been poached over the past decade across their range. With Asian pangolin species rapidly declining, those in Africa are targeted more and more. Pangolins are also hunted for local and regional markets as bushmeat and for use in traditional medicine practices.

In addition to these already severe threats, both African golden cats and pangolins face pressure from loss and fragmentation of their natural habitat due to expanding agriculture and logging.

African golden cats are elusive in the wild and most images of them are taken by camera-traps.

“In Cameroon, conservation is generally not viewed as a good thing by many people,” Eric Nana, S.P.E.C.I.E.S. Cameroon project coordinator, explains. People who live and depend upon the forest, either for food or income, often see little or no value in conservation. There are also ingrained perceptions that the forests are abundant with life, and that animals will always be plentiful. “They say their forefathers hunted, their fathers hunted and the game is still there. Therefore they see no need to stop hunting and see any attempt to stop them from hunting as a way of keeping them in poverty.”

Changing local perceptions is a key part of the project, according to Nana. He has gained over ten years of experience working with different NGOs and has worked closely with local communities to tackle issues such as poaching.  It was the realisation that ecosystems play an essential role to sustaining human life that drove Nana to take up conservation. This interconnectedness is often overlooked in economic and social development, he says, which causes severe problems like environmental degradation and unsustainable and illegal hunting. “Ecosystem service values are often not considered when the costs and benefits of different development options are weighed up.” 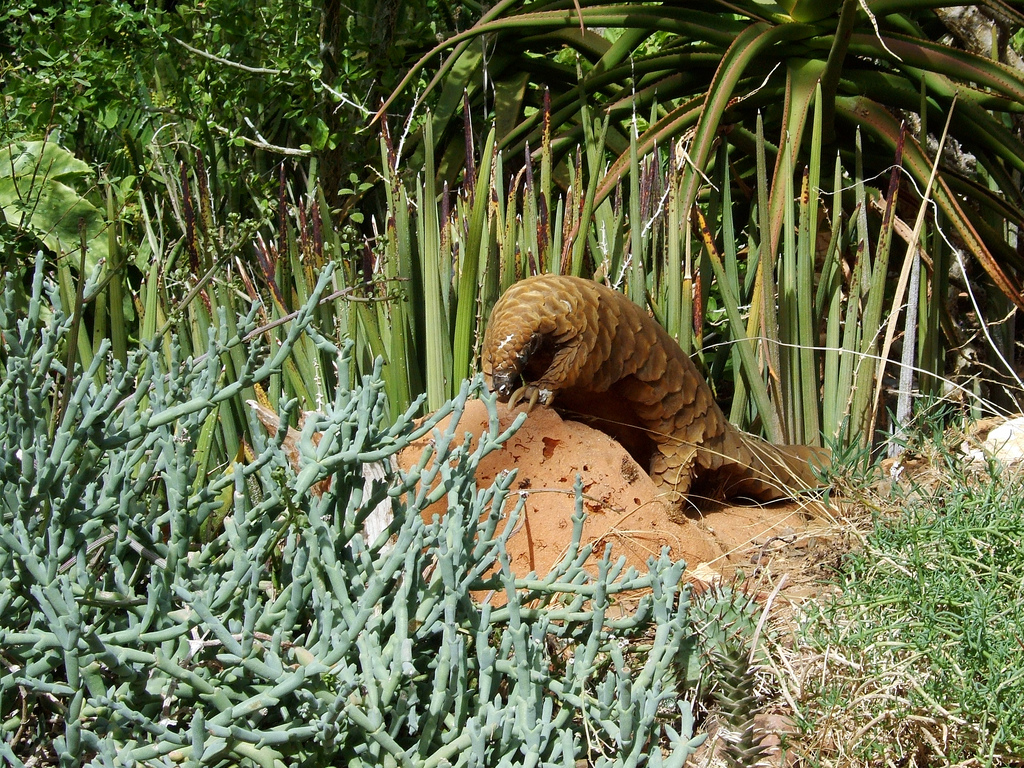 Pangolins, also known as ‘scaly anteaters’, have long, sticky tongues that allow them to pluck ants and termites from hard to reach places. They are covered in tough scales and curl up into a protective ball when threatened, unfortunately this also means they are easy to poach.

The project therefore aims to provide information on African golden cat and pangolin distributions and population sizes, but also to work closely with local communities and authorities to ensure better protection. Nana says that by developing alternative sources of income among local communities, and raising awareness of the harm of overhunting, the species can be better protected.

In five communities around the Dja reserve, training on cane rat farming, snail farming and poultry farming will be provided. These all provide important sources of protein from animals that are already abundant in the area. 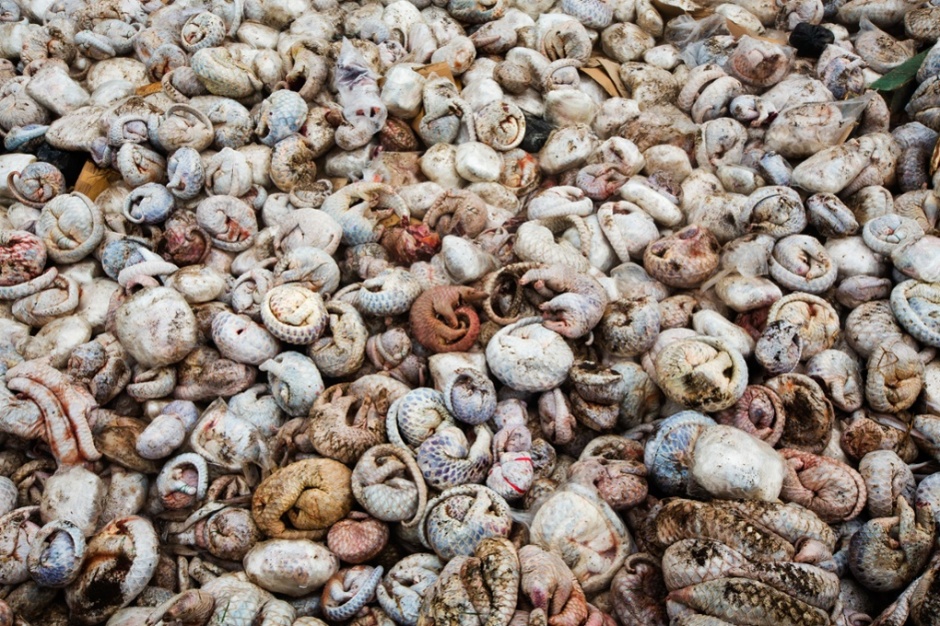 African pangolin species are poached from the wild for bushmeat and to feed Asian markets. Large seizures, such as this one where thousands of dead pangolins were found, are becoming commonplace.

In addition, the project will build upon the capacities of local forest guards by using cutting-edge and integrative technologies such as SMART, CyberTracker, QGIS, and GPS marking and tracking, photo GPS marking, and radio-communication devices, to enhance protection of southern Cameroon’s forests.

“Through this project, we expect to establish the first regional baseline data of the threats, distribution and conservation status of the target species for Cameroon,” Nana explains. By connecting with and building bridges between local communities, authorities and other conservation NGOs, a bottom-up approach to conservation will be taken.

Taking these elements together (awareness raising, income-generating activities, enforcement capacity-building and understanding the bushmeat trade), will ensure that the harms of overhunting are made clear to local residents, while offering alternatives to lessen a dependency on bushmeat hunting.