Do you know where your charcoal comes from?

A recent investigation by the NGO Earthsight has found that the trees being cleared for cattle ranching in the South American Gran Chaco is ending up as charcoal on the shelves of grocery stores across Europe.

“The clearance of the Chaco forest is one of the largest and fastest losses of natural forest ever seen,” says Sam Lawson, director of Earthsight. At its current deforestation rate, Earthsight estimates that 200,000 hectares could be gone from the Chaco’s forest this year.

This report affirms what S.P.E.C.I.E.S. director Anthony Giordano has seen firsthand of the rapid and extensive clearing and conversion of land in the Gran Chaco. This is threatening the hundreds of bird, mammal, and reptile species that call the Gran Chaco home.

Read more about the impact of charcoal and forest clearing in the Gran Chaco in Mongabay’s recent article, featuring S.P.E.C.I.E.S., here. 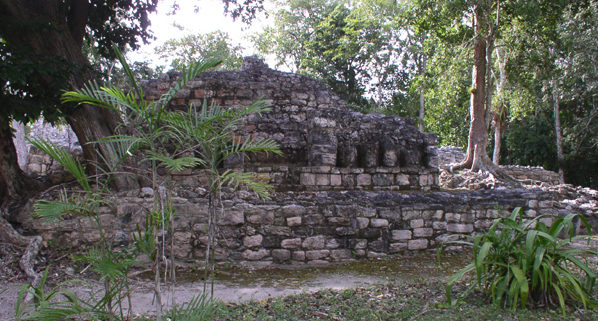 This weekend, S.P.E.C.I.E.S. heads to Merida, Mexico for a workshop on human-jaguar conflict mitigation. The workshop, co-sponsored by S.P.E.C.I.E.S., the Association for Tropical Biology and Conservation, Quebec Centre for Biodiversity Science, and the Université de Sherbrooke, will focus on strengthening facilitation skills for conservation. Among its objectives, the course aims to cultivate collaboration between actors in order to explore both the issues and possible solutions to jaguar management around the Calakmul Biosphere Reserve.

This workshop is one of many human-jaguar conflict mitigation workshops organized by S.P.E.C.I.E.S. Human-jaguar conflict represents one of the greatest threats to jaguars, as they are routinely killed once they are discovered. By working with the community, S.P.E.C.I.E.S. maintains the most critical conservation program principle: the only sustainable path to realizing the long-term conservation of jaguar populations is by helping local people and businesses solve real problems that pose threats to the jaguars.

For more information on how S.P.E.C.I.E.S. is working to protect jaguars, read about our Chaco Jaguar Conservation Project