The Chaco Jaguar Conservation Project is the first and only program committed to the long-term conservation of jaguars across the Gran Chaco.  Historically, the jaguar ranged across the entire 1 million km2 ecoregion, which is widely believed to contain the largest contiguous stretch of forest in Latin America outside of the Amazon Basin.  The Gran Chaco hosts some of the highest levels of medium-large terrestrial mammal endemism and diversity in the western hemisphere because of its diverse regions that range from impenetrable, seasonal dry thorn forest, to semi-open seasonally flooded palm savanna. While the region’s conservation potential for the jaguar is still currently high, the Chaco is now suffering from some of the highest rates of tropical deforestation on earth.

Large male jaguar recently detected less than 30 km from the border with Argentina in southcentral Paraguay. Jaguars have largely disappeared from the Argentine Chaco, and S.P.E.C.I.E.S. is working to identify possible stronghold habitat along the border. 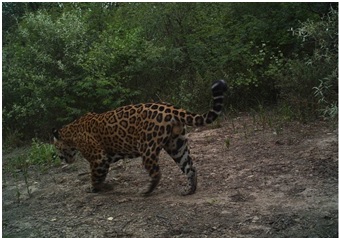 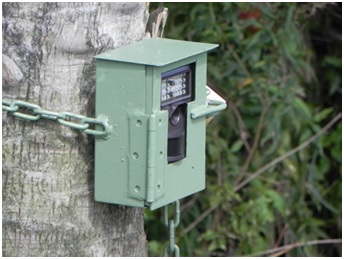 Why the Paraguayan Chaco?

Between Bolivia and Argentina, and at the crossroads of south-central South America, lies Paraguay, a country which may contain the largest remaining expanses of undisturbed Chaco, and nearly one-third of the Chaco region overall.  With > 90% of its Upper Parana Atlantic Forest already lost, Paraguay’s last remote frontiers occur in the Gran Chaco and Pantanal.  Although constituting more than 60% of Paraguay’s land area, the Chaco is home to less than 10% of the country’s human population.  Along with the southern Bolivian Chaco and Pantanal, the Paraguayan Chaco could contain the greatest potential for long-term jaguar conservation outside of the Amazon Basin.  The past two decades however have seen dramatic changes to this vast, previously remote area.  Sharply rising beef prices have led to the intensive development of large ranches for raising cattle.  Approximately 1000 hectares of Paraguayan Chaco are being converted daily due to expanding habitat conversion for livestock and urban expansion.  This rapid loss of native habitat is leading to local declines in jaguar prey populations.  In addition, the suitability of the Chaco as forage for cattle has led to a lack of livestock and pasture management in many parts of far northern Paraguay.  These actions are the basis for increased incidents of livestock depredation by jaguars, and thus conflict between jaguars and humans.

Dense, thorny underbrush typical of the northern Dry Gran Chaco of Paraguay. “Chaco” is likely derived from the Indigenous Quechua word, “Hunting Land”, referring to the historical abundance of wildlife in this region. 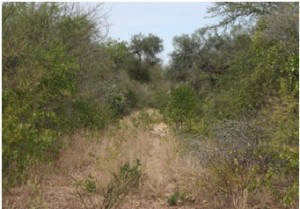 Palo barrocho, the “drunken wood”, or bottle tree (Chorisia insignis), a tree perhaps most representative of the Dry Gran Chaco and the basis for the CJCP logo 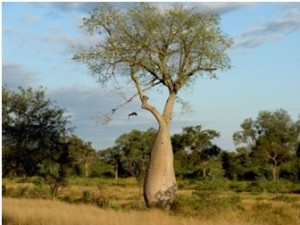 Actual and perceived human-jaguar conflict is the greatest threat to jaguars across the region, and they are routinely killed shortly after their presence is detected.  Driving this problem is the acceleration of deforestation rates and exacerbating it, the development of new roads, which increases accessibility into the region and brings with them more pastures and illegal hunting of prey.

To address these concerns, as well as a relative lack of knowledge about the status, distribution, and ecology of jaguars across the region, we launched the Chaco Jaguar Conservation Project in 2008.

Among its main goals are the following:

Jaguar scat containing the guard hairs of collared peccaries, which was collected near Chaco Defensores National Park in Paraguay. Recent genetic advances not only allow us to differentiate this scat from that of pumas, but now allow us to tell the sex of the animal, even identify the individuals. 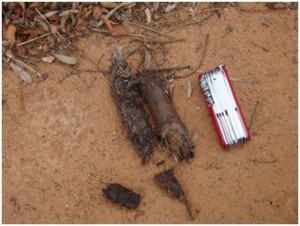 Female jaguar resting the shade in the northern Paraguayan Gran Chaco. In this environment in particular, it is easy to see how well-camouflaged the predator is. 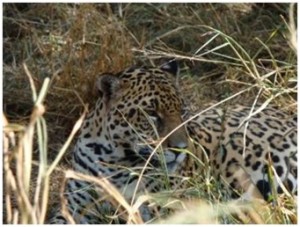 We are also collaborating with institutional partners in the Bolivian and Argentinean Chaco and the Pantanal to advance jaguar conservation efforts in these regions.  Among our objectives in southern Bolivia are to evaluate the effectiveness of Kaa-Iya in maintaining stable long-term jaguar populations, and increase the self-reliance of protected area staff in monitoring those populations well into the future.  In south central Paraguay and north central Argentina, we plan to identify habitat critical to preventing the further contraction of the jaguar’s range, and secure the commitment of landowners to maintaining suitable jaguar habitat.

Our Executive Director, Anthony Giordano, giving a presentation to Chaco landowners during a human-carnivore conflict mitigation workshop in Asuncion, Paraguay 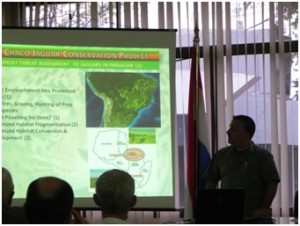 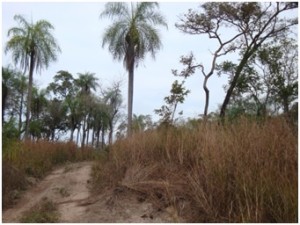 Make a donation to S.P.E.C.I.E.S. to help support the Chaco Jaguar Conservation Project. Your donation will go a long way to ensure that our projects reach their full potential.