The Western Ghats region of India is one of the most important areas for the conservation of biodiversity, it’s recognised as an UNESCO world heritage site and noted as one of the world’s eight “hottest hotspots” of biological diversity. Within this mountainous area, which covers around 140,000km2 and stretches some 1,600 km through India, there are at least 325 globally threatened species.

“There are very good populations of large carnivores in the Western Ghats,” Dr. Ramesh Tharmalingam says. He is a researcher and conservationist working with S.P.E.C.I.E.S in the Western Ghats. The endangered Bengal tiger (Panthera tigris tigris), Asiatic Wild Dog (Cuon alpinus) and Indian leopard (Panthera pardus fusca), listed as vulnerable by the IUCN, are all found here. “We also have so many other endemic birds, mammals and the highest populations of Asian elephants in India, and in fact the whole of Asia!”

The Western Ghats of India is rich in biodiversity. Home to leopards, tigers, elephants and more. Photos by Ramesh Tharmalingam.

Despite this wealth of biodiversity, the region is under threat due to exploitation of the rich natural environment. “This area is highly fragmented for various agricultural activities,” Ramesh continues. “Coffee plantations, tea plantations and more have huge impacts on habitat loss and fragmentation.”

S.P.E.C.I.E.S will soon begin working in this important area, focussing on keystone carnivore species; the tiger, leopard and Asiatic Wild Dog, also known as the dhole. Ramesh will lead the S.P.E.C.I.E.S. project in the Western Ghats, here he explains the importance of preserving carnivores which inhabit this area.

A range of threats are facing these species in the Western Ghats. Habitat loss and the fragmentation of forest areas are considerable, as is the global skin market. “Mainly tigers and leopards are hunted for their skin and for traditional Chinese medicine – they have the highest value on the market.” Ramesh explains. A recent report by TRAFFIC, the wildlife trade monitoring network, found that there has been no decline in tiger poaching. Between 2000 and 2015, the report says, a total of 801 tiger seizures were reported across 13 tiger range countries, equivalent to at least 1,755 tigers.

The Asiatic wild dog faces a different kind of threat. “The population of this species was once very good, but now the population is going down because of a virus that is being transmitted from domestic dogs to wild ones.”

S.P.E.C.I.E.S work in the Western Ghats will aim to understand how habitat loss impacts these carnivore species and their prey, with the ultimate goal of creating a manageable conservation strategy. Directly linked to this are steps to lessen human-wildlife conflict, another source of species decline. 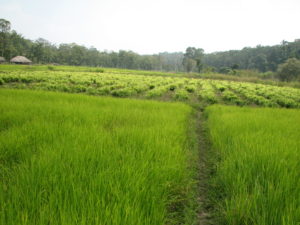 Agricultural development in the Western Ghats.

A particular problem that Ramesh points out is the lack of connectivity between reserve areas. The designation of areas as tiger reserves is a positive step he says; “After the declaration of tiger reserves all kinds of human activities, livestock and hunting or poaching has reduced due to high levels of protection.” But now the small size of these reserves, coupled with a lack of forest cover connecting them bring species into conflict with local people.

As the natural habitat of carnivore species is reduced due to deforestation or agricultural expansion, they look elsewhere for prey. “They sometimes go out of the boundaries of protected reserves and they look for livestock,” Ramesh says. “When they kill livestock the local people poison the carcasses and try to kill the predators.”

“We are trying to understand the ecological impacts of this on large carnivores, and also the human perception and attitude towards carnivore conservation.”

“Primarily we will be doing population studies, to see how the species are distributed, what human factors are causing disturbance and how large carnivores such as the tiger respond to these disturbances… our project will try to understand the conflicts between humans and wildlife, and how we can mitigate them.” Developing an outreach and educational programme to help mitigate the ensuing conflict is a key element of the S.P.E.C.I.E.S project.

Ramesh has over 14 years’ experience of studying carnivores in India and South Africa. In his homeland of India he undertook studies which looked into the effect of human disturbance on large carnivores across Western Ghats. “India is one of the most highly populated countries in the world, so it is important to study how these carnivores are responding to growing levels of human disturbance in various forms, and despite this India holds the largest population of wild tigers in the world,” this he says was the inspiration which drove him into conservation in the first place.

He also undertook research to understand the predator-prey dynamics of carnivores, and how they exist together in the ecosystem. During this study they expected, and found, that large carnivores such as the tiger were preying on large bodied prey such as gaur and sambar while medium sized predators, such as the leopard, favoured medium sized species such as spotted deer. Resource partitioning in large carnivores of India is largely mediated by activity and spatial use of their principal prey. 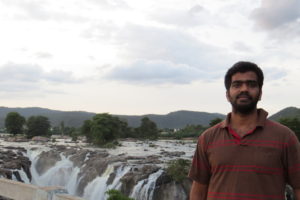 This understanding of the way in which ecosystems function is important to developing conservation management strategies, he says. “Tiger, leopard and dhole are three of the main keystone species in the landscape in Western Ghats, and they are mainly found in undisturbed habitat.” Since much of the region is under pressure from fragmentation there are potentially huge effects occurring within the ecosystems. “When you lose the habitat, indirectly you lose the prey species, when you lose these species it makes huge changes which affect the carnivores as they are very sensitive to ecosystem changes.”

Through increasing existing knowledge of the threats facing the carnivores in the Western Ghats, S.P.E.C.I.E.S. aims to encourage conservation in ecologically vulnerable areas where wildlife and local people often come into conflict. Education and awareness programmes amongst local people who inhabit and live off the land on or nearby conservation areas are an essential step to ensuring that the Western Ghats retains its reputation as one of the world’s biodiversity hotspots.