Native to the high mountains of central Asia, there are roughly just 4,000 snow leopards believed to be remaining in the wild. Throughout Nepal their habitat encompasses an area of 13,000 km2, extending along the country’s northern frontier, from the Kanchenjunga Conservation Area in the east, to the Api Nampa Conservation Area (ANCA) in the west.

Why the Api Nampa Conservation Area?

The ANCA was established in 2010 to aid the conservation of mountain flagship species such as the snow leopard. One of the least-disturbed natural areas in Nepal, the Api Nampa may additionally serve as a Trans-Himalayan habitat corridor for populations in India and Tibet, thus providing key habitat, crucial for their long-term survival in the wild.

Despite this, information on snow leopard populations in Api Nampa is currently lacking, leaving their status within the conservation area largely unknown.  As the Api Nampa may be a critically important refuge for snow leopards in Nepal, the need to address this knowledge gap is urgent, particularly given the increasing threats they are facing today – both regional and range-wide.

A typical Snow leopard habitat in the Langtang National Park with Langtang glacier in
the back drop. 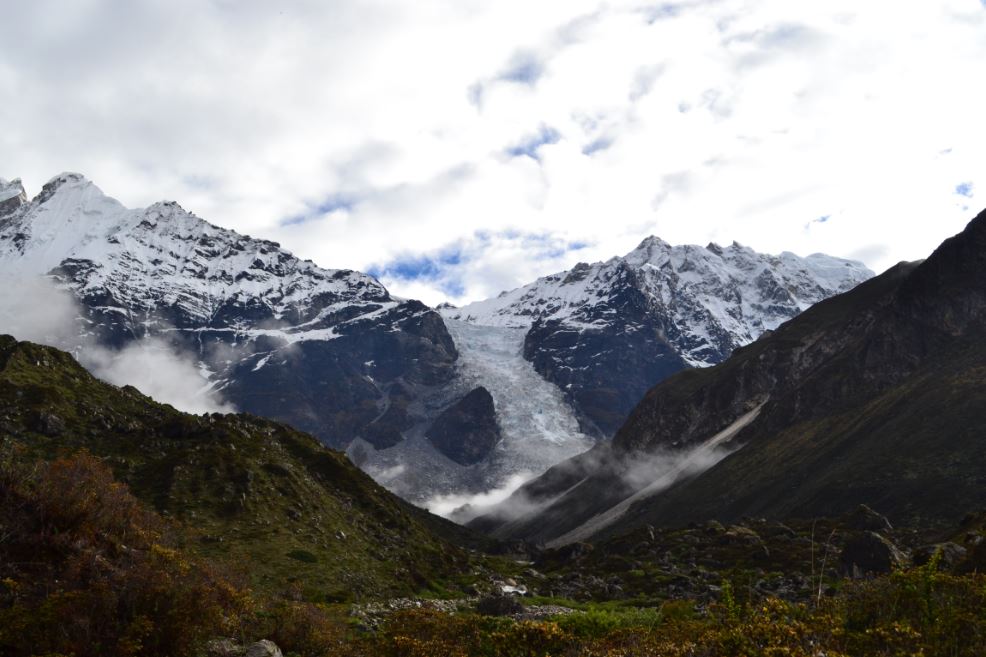 In collaboration with Biodiversity Conservancy Nepal and Kathmandu University, the Api Nampa Snow Leopard Project aims to address this knowledge gap. Using camera traps and non-invasive sampling techniques such as scat analysis, our goal is to estimate the size and distribution of snow leopard populations, as well as the extent of human-snow leopard conflict. This information will enable us to model the impact humans and climate change are having on potential snow leopard habitat and activity throughout the ANCA, strengthening the capacity of local stakeholders to survey snow leopards and mitigate these threats.

By the conclusion of the project, we will gain critical information on snow leopard populations, enabling us to predict the viability in the ANCA, as well as serve as a baseline for future surveying and monitoring.

Make a donation to S.P.E.C.I.E.S. to help support the Api Nampa project. Your donation will go a long way to ensure that our projects reach their full potential.

Or you can spread the word using #ApiNampaSnowLeopards