California Carnivores emphasizes the role and importance of mammalian carnivores to healthy wildlife communities in our own backyard.  Whereas important international conservation efforts are justifiably directed towards many other ‘charismatic’ and ‘flagship’ species in need (e.g., tigers in the jungles of Asia, or elephants in the savannas of Africa), too little is known about the many species of wildlife here in some parts of the United States.  We aim to promote public awareness of wildlife needs and requirements through direct engagement; changing the often negative perception of carnivores among stakeholders; protecting and connecting important habitats across California using carnivore biology; restoring carnivore populations; and better understanding the diverse requirements of carnivore communities in a state as ecologically diverse as California. 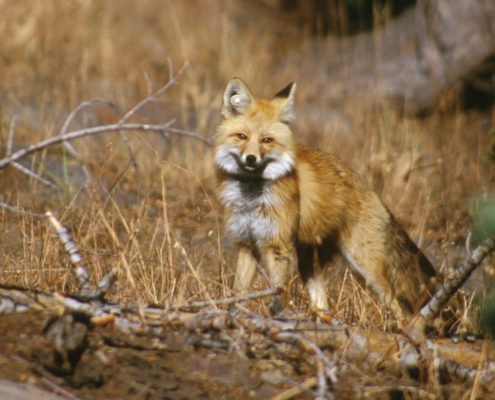 No State in the US is home to more mountain lions than California. Although considered Least Concern by the IUCN, the species faces numerous threats across its range. 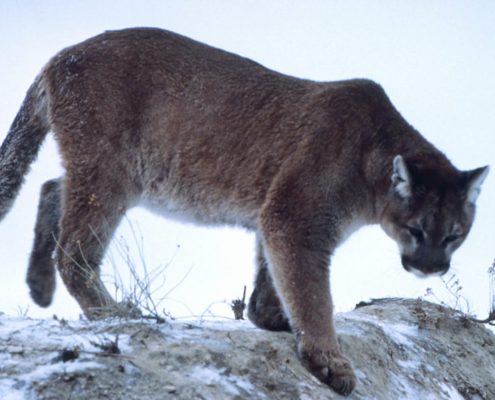 Once upon a time, jaguars and indeed the emblem on the state flag, the California grizzly bear, roamed the state’s wildlands.  This made California historically home to most of the country’s mammalian carnivore species and today, it is home to some of the most endangered.  The Pacific fisher, Humboldt marten, wolverine, San Joaquin Valley Fox, and Sierra Nevada Red fox, all face conservation challenges that range from continued development on our wildlands to the direct impacts of climate change.  In contrast, wolves are now returning to the state, and in recent years the southern sea otter population has been increasing.  Few carnivores however are as well-known to Californians as the puma, or mountain lion, more of which call California home than any other state.

The status of the coyote and other small carnivores will be investigated. Photo by USFWS Pacific Southwest Region 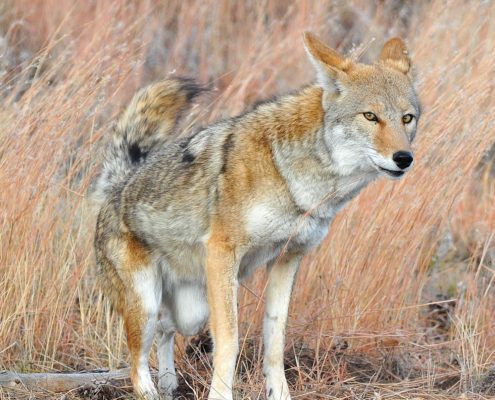 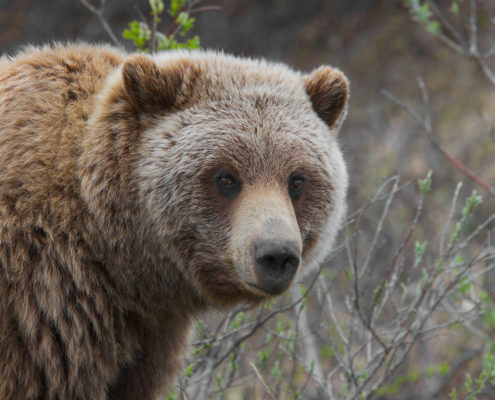 As we engage the public and recruit their participation in our many activities, we begin with an investigation of the status of mountain lions and other wildlife, including small carnivores, in and around the Los Padres National Forest of south central California.  This also includes the Ventura and Santa Clara River watershed regions.  This large National Forest encapsulates 2,970 square miles (7,700 square kilometres), and is home to many carnivore species including the bobcat, black bear, coyote, American badger, striped skunk, ringtail, weasels, and of course, the mountain lion.  It is also home to the only population of free-ranging California Condors in the state.

With prolonged drought, increased public use, and expanding residential, commercial, and transportation infrastructure development in this region, we can expect more pressures on these and other wildlife populations. These pressures could lead to declines in population numbers, greater conflict with people, and isolation and fragmentation of their ecosystems.  More importantly, the geographical region containing the Los Padres represents a critical landscape connection with the southern Sierra Nevadas. It is important that we learn more about the status of the National Forest’s wildlife communities, for which currently little to no information exists.

To better understand how to mitigate threats to carnivores and other wildlife and plan for their conservation on a large regional scale, S.P.E.C.I.E.S is raising awareness of the importance of conserving natural habitats.

Furthermore, we are committed to the idea that further development should not compromise the integrity of existing wild spaces.  Finally, by addressing the scientific gaps in our existing knowledge and engaging the public to participate in the collection of critical information and reporting of wildlife observations, California Carnivores hopes to deepen public appreciation of these species, while cultivating attitudes that lead to responsible and sustainable behavior and “green” choices.

Make a donation to S.P.E.C.I.E.S. to help support the California Carnivores project. Your donation will go a long way to ensure that our projects reach their full potential.

Or you can spread the word using #CaliforniaCarnivores