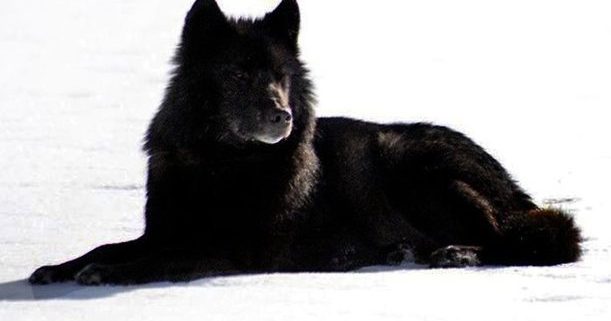 The Alexander Archipelago wolf (Canis lupus ligoni), also known as the Island Wolf, is one of the rarest wolf subspecies in the world.  Endemic to southeastern Alaska, it has been isolated from other North American wolves for millennia, and is both morphologically and genetically distinct. It is smaller and darker than other wolves, and it comprises a significant portion of grey wolf (C. lupus) genetic diversity in North America. 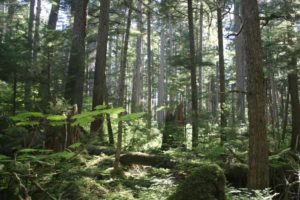 The Alexander Archipelago wolf is also behaviorally and ecologically distinct from other wolf populations. For instance, this subspecies is unique in its habit of feeding nearly entirely on a single species, the Sitka black-tailed deer. Both the Alexander Archipelago wolf and the deer depend on old-growth forests for survival. In particular, the Tongass National Forest, the nation’s largest national forest, is crucial habitat for the wolf and the Sitka black-tailed deer. It is home to some of the largest remaining stands of old-growth, temperate rainforest in the world, as well as other endemic species like the Prince of Wales Island flying squirrel (Glaucomys sabrinus griseifrons) and a distinct lineage of Mustela ermine that depend on these old-growth stands.

However, recent increases in logging pose a major threat to the Tongass National Forest and the wildlife within. Reduction of old-growth forest diminishes crucial winter habitat for the Sitka black-tailed deer, leading to declines of the wolf’s most important prey. The impact of the timber projects, combined with the past 60 years of logging, is increasing the deer’s susceptibility to predation, hunting, and weather. Furthermore, high density of logging roads provides increased human access, which is directly related to high wolf mortality and illegal take of wolves. 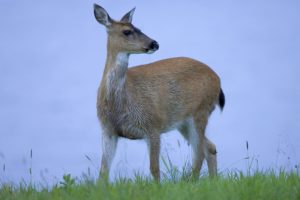 In particular, the 2014 Big Thorne timber sale by the U.S. Forest Service has paved the way for the largest logging operation in the Tongass Forest in 20 years. This project allows for over 148 million board feet of timber to be logged from 8,500 acres of old-growth forest. Furthermore, in July 2017, the USFS put forth a proposal for the POW LLA Project that would consist of an additional 200 million board feet of logging of old-growth forest on Prince of Wales Island.

The population of the Alexander Archipelago wolf residing on Prince of Wales Island is particularly threatened. Making up potentially 30% of the wolves in southeast Alaska, these wolves are bo 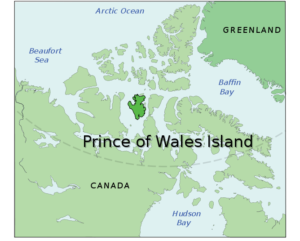 th geographically and genetically isolated from other populations, and constitute one of the most at-risk populations of the subspecies. Since the mid-1990s, the population of Alexander Archipelago wolves on Prince of Wales Island has declined from about 250-350 down to an estimated 89 individuals. This population is therefore of crucial conservation interest.

Despite these risks, the Alexander Archipelago wolf and the Prince of Wales Island population have been repeatedly denied endangered or threatened status under the Endangered Species Act since 1993. As a result, populations of the subspecies have substantially declined since the mid-1990s under the continued pressure of logging, unsustainable harvesting, and increased human access via roads. And despite a recent suit, the courts have upheld the U.S. Forest Service’s Big Thorne timber sale, putting at risk not just the wolf, but the numerous other endemic and unique species that reside in southeastern Alaska. We must act now to save the Alexander Archipelago wolf and its vanishing habitat.